If you don't have access to a SOA or even a RESTful web service, but see data online that you need to access, consider using Pervasive's Extract Schema Designer and Map Designer to parse the HTML source and load well-formed records into your database. I call this "screen scraping" because the technique is similar to gathering data off of a mainframe terminal session. See this emacs help manual example where the third line in from the top will always give the section heading number and text. 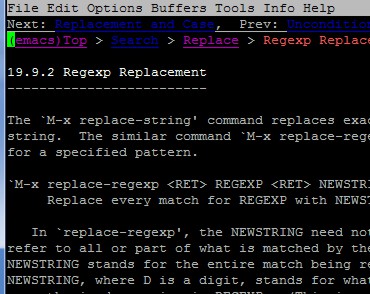 Take, for example, a web page displaying a table of 50 U.S. states and state codes. The underlying HTML contains a table with elements for the state code and the state name: States HTML. 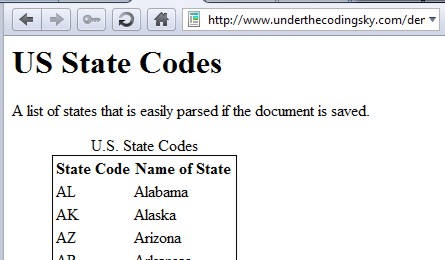 It's more robust to use a well-defined SOA or RESTful service and if the lines of HTML are compressed, it may not be worth the effort to screen scrape. However, with many sites using well-formed XHTML, you may get the data you need quickly. Make sure that you are legally allowed to load the data in your database first.

This post was replicated from http://my.opera.com/walkerca/blog/screen-scraping-a-web-service.
Posted by Carl at 10:55 PM